People who consider themselves as ‘middle class’ would agree that our life revolves around earning and saving money. However, while making so many sacrifices, we learn a lot about life and the little things that give us happiness.

Born to Pushkar Nath Kher, a clerk in the forest department and mother Dulari Kher, a housewife, Bollywood actor Anupam Kher claims to have come from a lower-middle-class family and experienced it all. 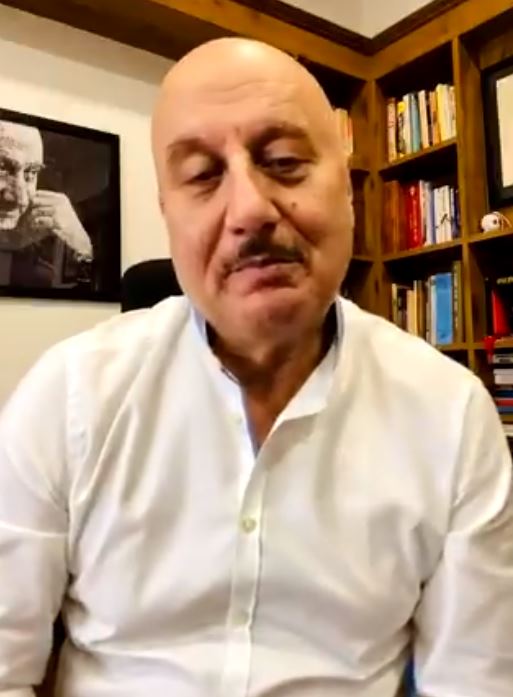 Recently, the National Award winner penned a poem that perfectly taps every emotion of a middle-class family, reported Hindustan Times.

Kher took to social media and shared a video wherein he could be seen reciting the Hindi poem that translates to:

“The story of middle-class people. Half of the lives of middle-class people goes by worrying about the shedding hair and growing paunch. They cook ‘paneer ki sabzi’ generally on days when the milk cuddles up and they eat mix-veg only when they have some leftover vegetables from last night. They buy cold drinks and beer only when an upper-class relative is visiting them. They find satisfaction when they are able to drain even the last drop of tea. They prefer using incense sticks instead of room fresheners. There are no get-togethers in middle-class families but religious functions like ‘Satyanarayan Katha’ that bring family members together.”

He added, “Their lives go by just by saying, ‘na na , ye boht mehenga hai‘. They become atheists when asked to donate for religious programs and turn religious when it comes to eating prasad.”

He concluded by saying, “Despite their hardships, it’s mostly the parents of a middle-class family who give up on their dreams to fulfill the dreams of their kids so that they break free from this vicious cycle.”

Kher rose to fame and became a celebrity only after struggling a lot. While his poem perfectly tells the story of people from middle-class families, his life story is a shining example of how hard work and dedication can help us realize our dreams.