A day after Sushant’s sister, Shweta Singh Kirti, posted a video requesting for a CBI probe into his death, his former girlfriend, Ankita Lokhande, also demanded justice for the late actor. Sharing a video on Instagram, Ankita said, “The nation wants to know what happened with Sushant Singh Rajput. Justice for Sushant. CBI for SSR.”

Apart from her, several Bollywood celebrities also extended their support to the cause on social media. Kangana Ranaut, who has been vocal about justice for Sushant ever since his untimely demise, also demanded a CBI inquiry into the incident.

After Sanjay Raut said they are in the last last leg of investigation, #KanganaRanaut joins the global campaign for #JusticeForSushant #CBIForSSR. We deserve nothing but the truth.

Actor Kriti Sanon said that Sushant’s loved ones deserve closure and that is why CBI should take over so that the case is investigated without political influence and agendas, reports HT. 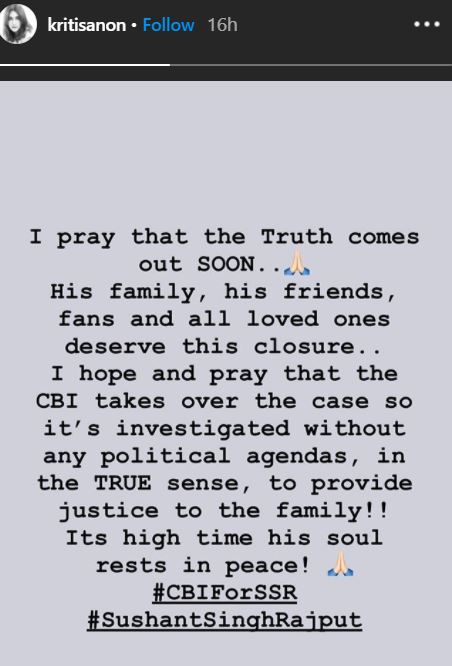 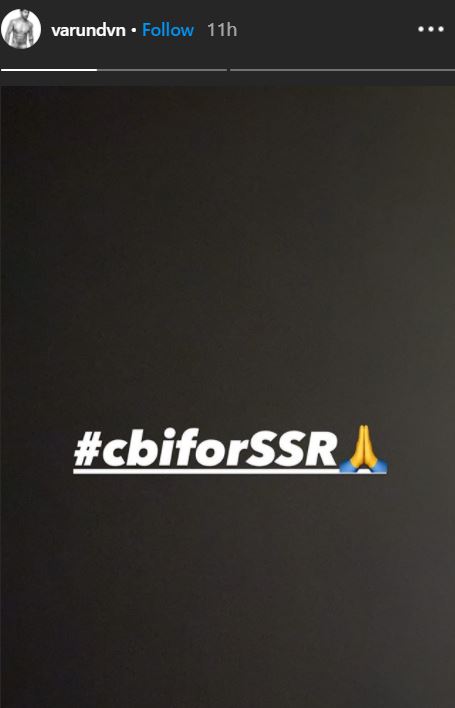 Actress Parineeti Chopra said that the truth should come out. 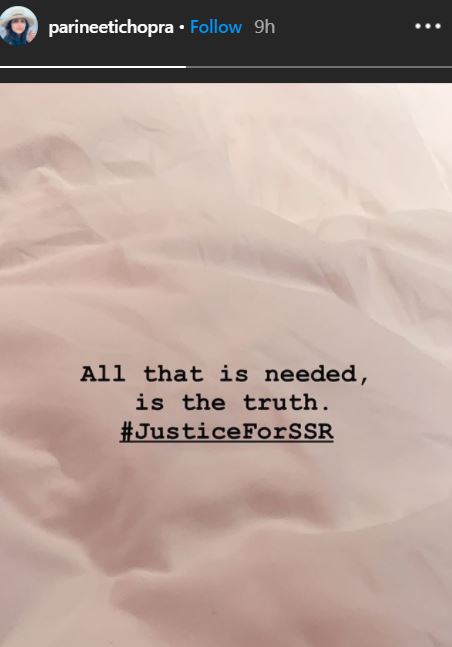 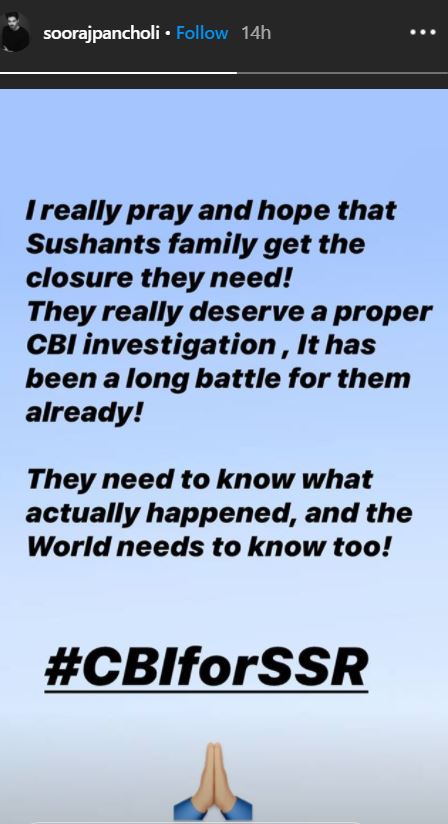 Other actors like Daisy Shah and Ameesha Patel also took to social media demanding justice for the late actor. 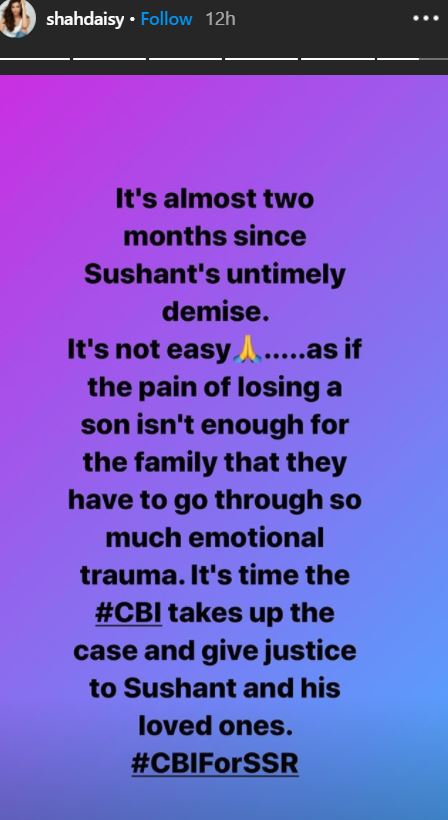 After pushing for a CBI probe into Sushant’s death, his sister Shweta has now called for a 24-hour global ‘spiritual and prayer observation’ on actor’s two-month death anniversary, reports DNA.

I request you all to please join us for Global 24-hour spiritual and prayer observation for Sushant Singh Rajput, so that the truth prevails and we find justice for our beloved Sushant #GlobalPrayers4SSR 🙏❤️🙏 #CBIForSSR #Warriors4SSR #justiceforSushantSinghRajput #Godiswithus pic.twitter.com/glXWJLf3zl

It’s already 2months Sushant and I know u are happy whenever you are..😇

Everyone pls join tomorrow (15th aug) at 10am and pray for our beloved Sushant
#GlobalPrayers4SSR#cbiforsushant#justiceforsushantsinghrajput#harharmahadev 🔥🔱 pic.twitter.com/gKSBu233Rn

We hope the truth comes out soon so that his family, friends, and fans can get the closure they deserve. Our prayers are with his loved ones.