Be it a song or a movie, Bollywood is not new to remakes. But more often than not, the remakes of some classics have proved to be disastrous with people calling it ‘illegal’.

Well, this time, the official remake of the most iconic Hindi film ‘Anand’ starring Rajesh Khanna and Amitabh Bachchan has been announced. 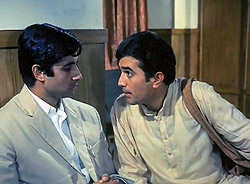 Reports suggest that the cult classic will be remade by the original producer N C Sippy’s grandson Sameer Raj Sippy along with producer Vikram Khakhar. While the script is being written, the director and star cast are yet to be finalized.

OFFICIAL REMAKE OF 'ANAND' ANNOUNCED… #Anand – one of the most iconic films starring #RajeshKhanna and #AmitabhBachchan, directed by #HrishikeshMukherjee – will be remade by the original producer – #NCSippy’s grandson #SameerRajSippy – along with producer #VikramKhakhar. pic.twitter.com/DdhxZrRXDz

Talking about remaking the movie, producer Sameer Raj Sippy said, “Keeping in mind the sensibilities of the original film and the emotions attached, I feel the current generation needs to be re-told the many stories that are so relevant today, especially when there is a great appetite for good content.” 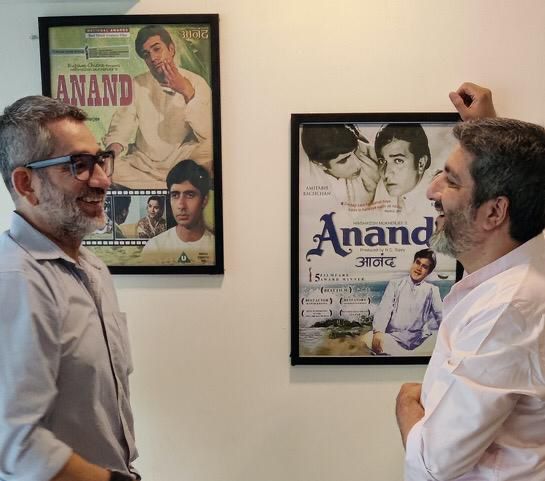 No matter the promises, looking at their past experiences, people are not ready to watch this classic being remade. It was a clear ‘No’ from them.

Let this beautiful moment written by #Gulzar be exclusive to #AmitabhBachchan and #RajeshKhanna 🙏🏻 pic.twitter.com/i8QXCw1tgS

i am seriously pissed off at the news of #AnandRemake shouldn't there be something like an Egyptian tomb raider's curse on remakes from Bollywood vaults?

Have very little confidence that any sort of justice will be served to this cult classic in the remake.

This film is a masterpiece & masterpieces are best left alone, to be savoured rather than destroying it's essence by introducing unwanted dilution. #Anand #AnandRemake https://t.co/xBdfru0J3N

Indian Cinema's greatest tearjerker #Anand which starred @SrBachchan #RajeshKhanna is to be remade for the new generation. What bullshit. If the young generation can't watch the original then don't ruin the magic with a remake, make them watch #KalHoNaHo instead #AnandRemake pic.twitter.com/iwvSiE8uGX

#AnandRemake i swear they're going to get Ranveer Singh to play Anand. and they'll make him die dancing at a niteclub to a badshah remix of 'maine tere liye hee saat rang ke sapne chune'…

Let us have one, at least one Toni Kakkar song in the remake… Boss phir toh paisa hi paisa hoga!! #AnandRemake Why ?? For what reason?? Do we need that at the moment?? https://t.co/zPIv2yXWJU

It’s a crime to even think about remaking some legendary Bollywood movies … DO NOT EVEN TOUCH THEM! #AnandRemake #Anand https://t.co/8Ew5GTl14r

Very very bad idea…I don't know who thought about it But it is a terrible idea to make remake of such an iconic movie with iconic characters… https://t.co/Uv7QGmvD6s

DONT DO IT. Is bollywood really running out of original ideas? https://t.co/Fi171G4bHg

Babumoshai, I don’t want tears of regret while watching the movie.