We have heard many stories of harassment and molestation by cab drivers. Remember the time a cabbie bit a passenger’s hand after they had a spat or the time when a foreigner got heckled by a driver. These incidents happen and make us believe that in a country with the second largest population in the world, we are still NOT safe.

But, it’s important for us to understand that no matter what, we should not keep mum about sexual harassment. It’s always necessary that we speak about it. Because there are a few good people who are listening.

Ambika Sharma did the same. She wrote a Facebook post about an over-friendly driver she encountered while travelling in Pune. She took the ride on May 07 and the driver dug out her number and started texting her on Whatsapp. She writes –

Dear #UberIndia,
On the 07th of May I booked a cab from the airport to Pashan in pune with you for a relative and her 2 boys! The driver seemed friendly and asked her where was she coming from and tried making small talks, to which she initially replied with politeness and later started ignoring.
Now this is what happens next. If this is not the beginning of harassment then what Is? I book my family with only uber because so far I felt safe and secure with you’ll. But not any more!!!
When he said he was the driver I thought my cousin left something back in the cab and he is meaning to return it.. but this is what the truth was!!
Please see the pics attached!

Ambika also attached the screen shots of the conversation. I don’t need any words to describe it, I’ll let these texts do the talking. 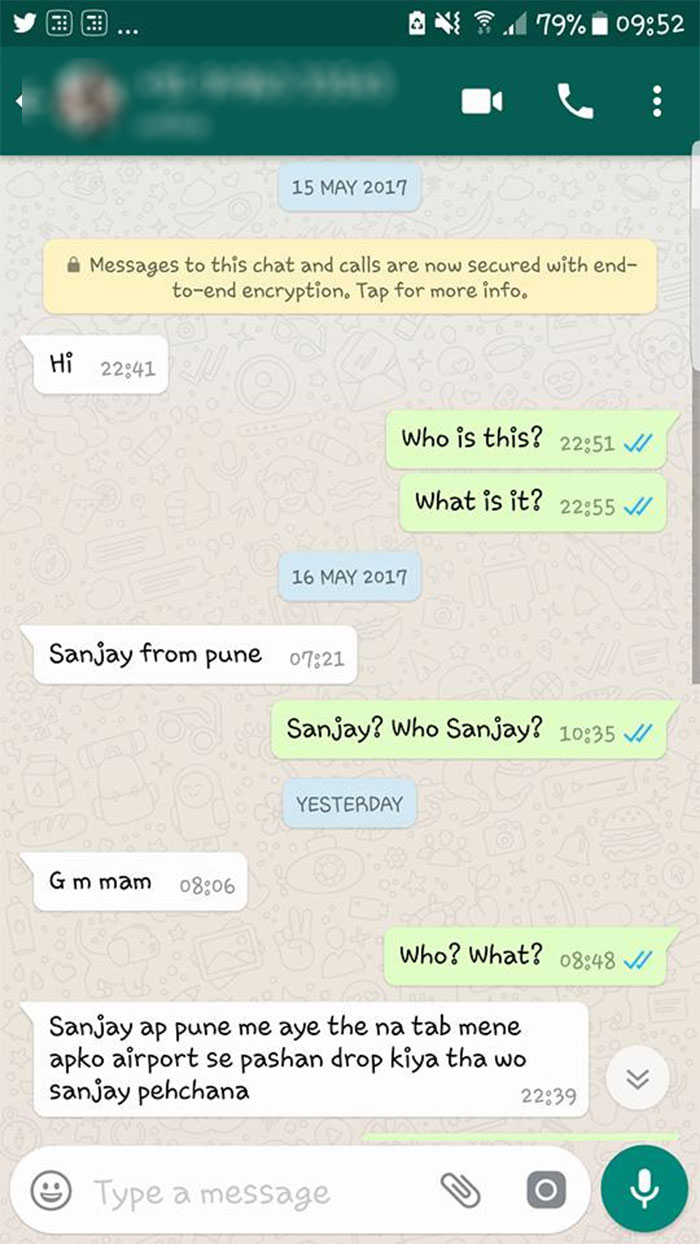 Disturbed and shaken by these creepy messages, Ambika tweeted to Uber India about the incident to which they quickly replied.

Ambika also updated that action has been taken by Uber India, they have suspended the driver. They called and apologised about the incident, in person.

The man got what he rightly deserved. A women’s politeness is NOT consent. When will the world understand such a simple thing?

Seems like we have a very, very long way to go.