After watching Star Wars: The Force Awakens, the seventh instalment in the Star Wars franchise, 7-year-old Rudra Joshi desperately wanted to own a lightsaber, the energy sword wielded by all Jedis. 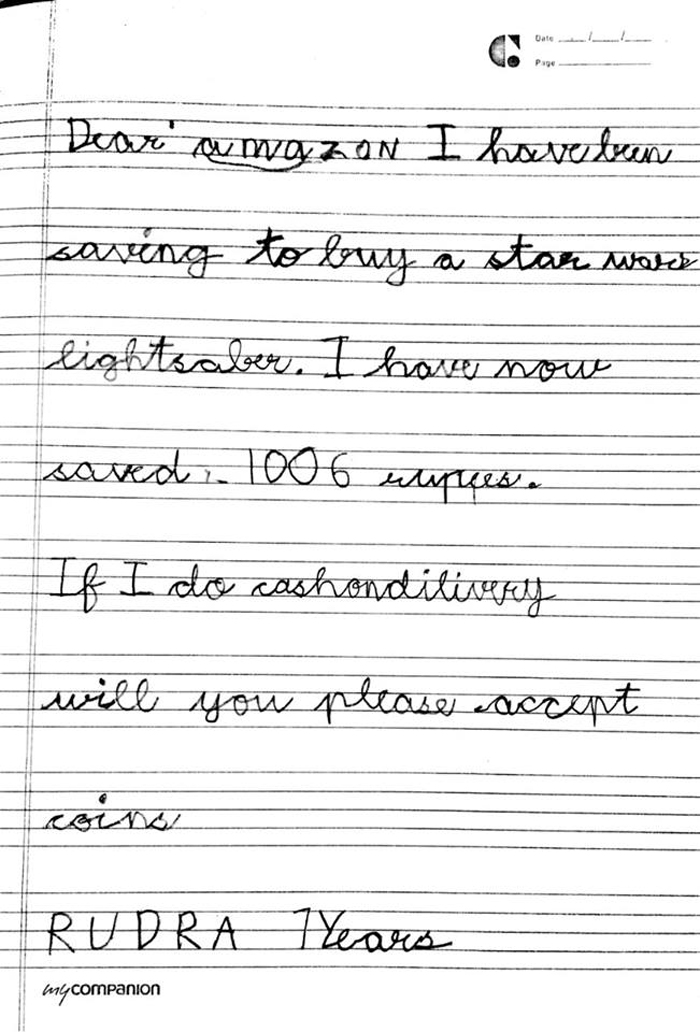 Rudra’s mother didn’t imagine he would save up to Rs. 1006, all in coins! She couldn’t get it changed into notes, so she asked Rudra to write a letter to Amazon, asking them if they’d accept the coins as part of Cash On Delivery. Rudra did, and then he waited.

To everyone’s surprise, Amazon responded by sending him a personalised gift which contained, yes you guessed it right, the lightsaber. 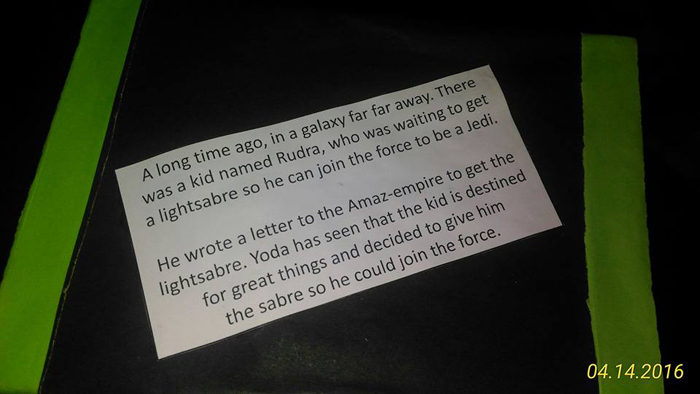 Along with his gift, they also sent him a personalised message, saying: “A long time ago in a galaxy far far away. There was a kid named Rudra, who was waiting to get a lightsabre so he can join the force to be a Jedi. He wrote a letter to the Amaz-empire to get the lightsabre. Yoda has seen that the kid is destined for great things and decided to give him the sabre so he could join the force.”

They also sent him a personalised message from the Jedi Master Yoda himself. Needless to say, he was ecstatic. 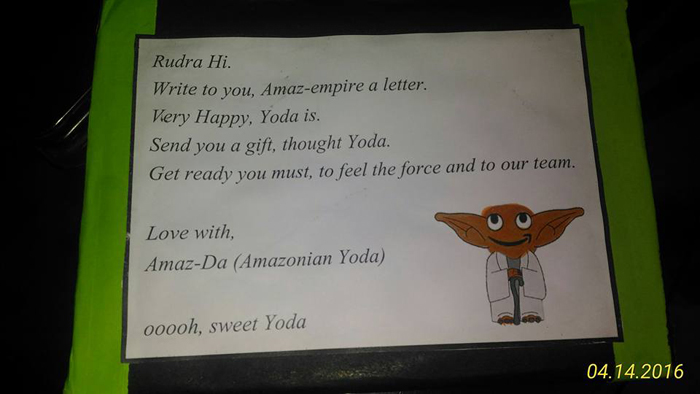 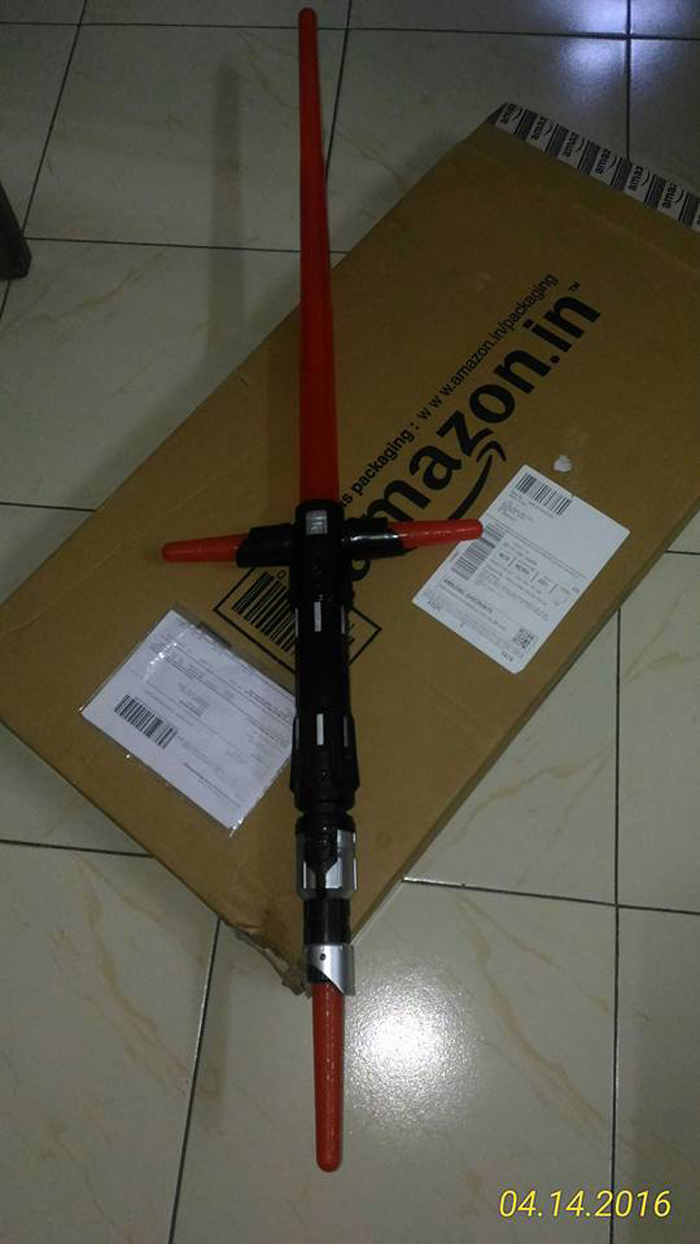 Rudra’s mother posted all the photos on her Facebook page, thanking the Amazon team for this wonderful gesture. They sure made the little budding Jedi happy!

Trust Amazon to restore the Force in the galaxy!