The Amazon rain forest, popularly called the ‘Lungs of the Earth’ has practically turned into a smoke chamber since the past 20 days. The tragic news of over 20% of the largest rain forest in the world turning to ashes in several large wildfires has shocked the world.

According to the data published by Congressional Research Service, every year 72,400 wildfires burn an average of 7.0 million acres of forest around the world. As per the latest data collected by Brazil’s National Institute for Space Research (INPE), 72,843 fires have engulfed the forests in the country this year, that’s 80 percent more as compared to last year.

The impact of the wildfire is so intense that the smoke thus emitted has covered many cities in the country in a dark haze. Sau Paolo, the largest city in Brazil, and the state of Rondonia, which is situated around 2700 km away from the origin of the forest fire also saw a daytime blackout caused by the smoke of the forest fire brought via strong winds.

People have been trying to figure out the cause of the daytime darkness that is a rare phenomenon resulting from the wildfire. The probable reason for the unusual it is considered to be the arrival of a cold mass of air, which increased the number of low clouds and fog over the city.

One of the greatest richness the earth beholds is now being in the verge of being lost. Costing lives of diverse species, home of millions and millions of animals, distinct tribes and many more richness it witholds. In the name of development, we have today become the poorest of all. In the awe for artificial richness, we have lost what truly is to be valued. This fire today will teach a lesson in the very near future. 20% of earth's oxygen supply is contributed from these forests. What will we give to our future generation ? A world with sky scrappers and Technology but no oxygen for survival ? And we say the world is developing, when we have half of the population, being unaware of a massive destruction happening to the world they after all live in ? The Amazon have been continuously tortured in the form of mining, deforestations, forest fires and now we have ruined it completely and our future as well. Prayers to every tiny and mighty living being which have to go through and survive this destruction. #AmazonForestFire #AmazonFire #amazonrainforest #savetheplanet #amazonrainforestfire #brazil #amazonía #prayforamazonia #forestfires

Moreover, the expansion of the cold front caused a change in the wind patterns that brought smoke from the Amazons to the inner parts of the country.

People from Brazil took to Twitter to share the pictures of the impact of Amazon’s wildfire in the city.

This is a glass of water filled with rain water in São Paulo, Brazil.
This was taken today. #PrayForTheAmazon pic.twitter.com/XlhxGMSJNH

Good morning. Perhaps, you wanna know what the apocalypse is gonna look like? This was São Paulo, yesterday at 3pm #PrayforAmazonia pic.twitter.com/8uvSlZe1mO

This is how the sky looked yesterday here in São Paulo at 3 pm. This is the ashes that came from Amazon. I really can’t express how sad I am, someone save Amazon #PrayforAmazonia pic.twitter.com/O7VgZ5rxTi

NASA has also captured the devastating pictures of Amazon’s wildfire and its smoke from space. 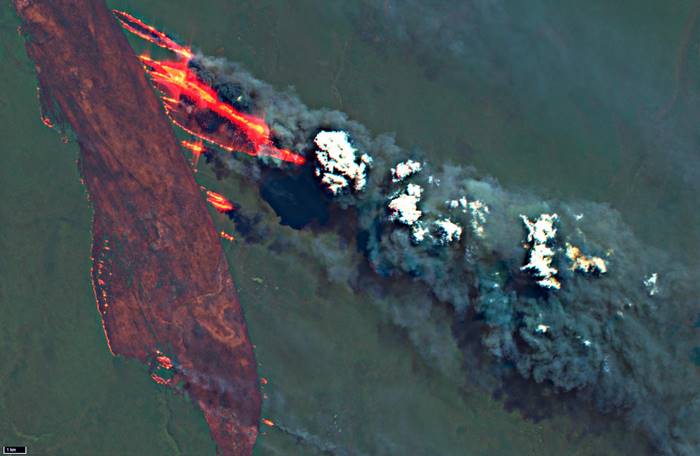 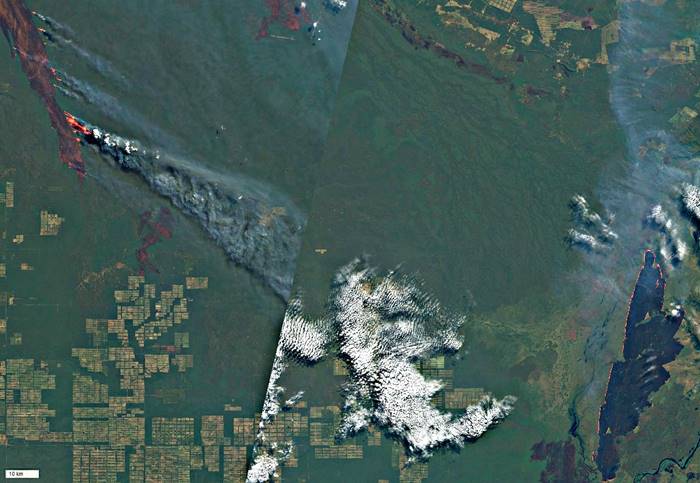 The heart-breaking pictures have left people all over the world concerned. Subsequently, people came out in support of Brazil on social media and the hashtag #prayforamazonia became a global Twitter trend.

Fires of Hell on football hanging in space with a fragile core and a molten centre. Life support is on fire. Tears as our world falls into a dystopian future #PrayforAmazonia #boycottbolsonaro #AmazonRainforest #AmazonFires

#PrayforAmazonia 3% of increase in temperature will cause 75% of world's rainfall shortage, cities at a distance of 3000km from Amazon is covered by smokes of Amazon burning. World's 10 in 1 species of birds, plants and animals getting killed. World is going to lose 20% of oxygen

#PrayforAmazonia #AmazonRainforest #AmazonFires #savetheamazon
Please do something to spread awareness. You have the power and the audience 🙏.@narendramodi @AmitShah pass some bills for our environment for our future as a student I'm scared for my future https://t.co/AuZFn6DcZj

The lungs of our planet that otherwise work as natural air purifiers are now ablaze, emitting hazardous gases instead. It is crucial that remedial action be taken at the earliest! However, it appears to be raining in parts of the forest and we hope that the raging fires are soon extinguished.