Sushmita Sen became a mother at the age of 24 by adopting a baby girl in the year 2000 and another one in 2010. The actor believes that bringing Renee and Alisah in her life was her wisest decision. Another conscious decision she made was being upfront and telling both her children they were adopted.

Her frankness, as well as unconditional love and support, had Renee deciding not to find out about her biological parents. And Alisah penning a heartfelt essay on the merits of adoption.

The actor shared a video of the 10-year-old reading out her essay on the topic “Adopting a child from the orphanage”. Take a look.

“You gave life in such a way, that you saved one” 👏😇🙏 #alisahsen ❤️ #10yrsold #essay #adoption 🤗❤️She had me in tears!!! This magnitude of love, acceptance, security, purity & honesty…the divinity in her convictions…uffff! Just listening to her opens the heart!!! #sharing #truth #kindness #bornfromtheheart 😍💋😊🌈I love you guys!!! #listen #duggadugga 😇

In the video, Alisah says, “I believe that you should adopt a child from the orphanage since you will have happiness in your family. After all, a child must have a right to live. You might be thinking that adopting a child means more responsibility than a biological one, but no, you are wrong. Both types are the same. And secondly, there shouldn’t even be a differentiation.”

“Honestly it’s a beautiful feeling to know that you gave life in such a way that you saved one.” 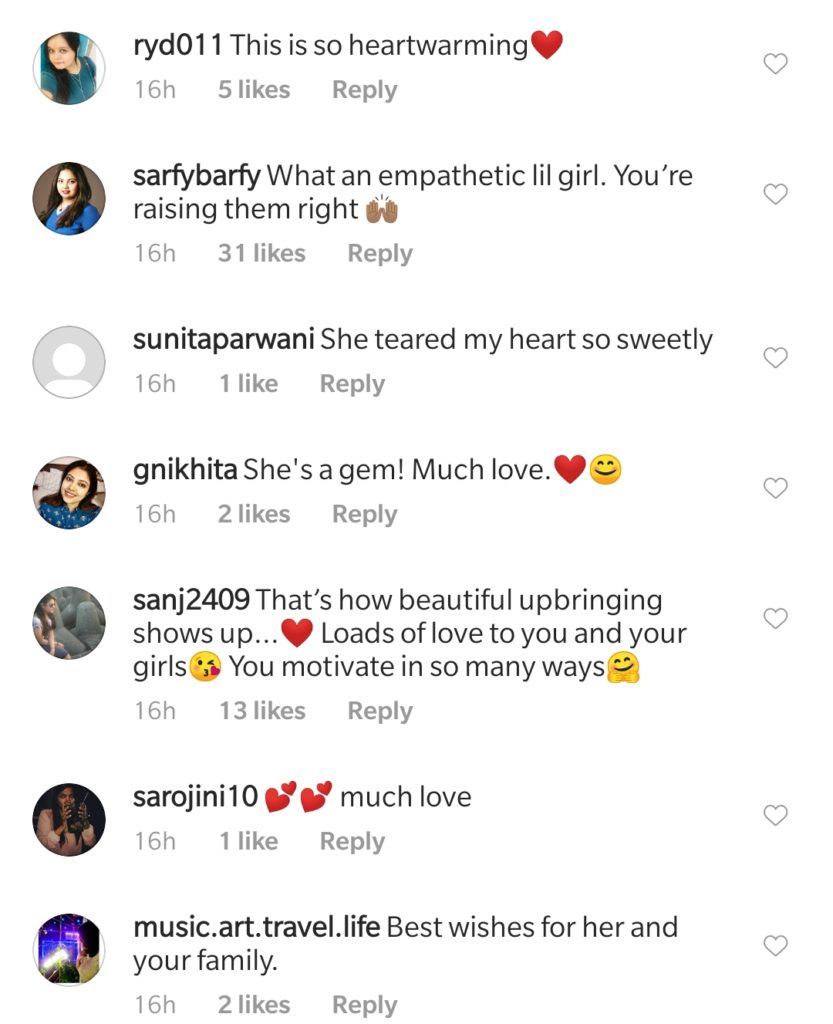 She further reveals to her mom that while writing the piece she showed care towards the topic and was also reflective of the past as she was herself adopted. How adorable is that? And she is only 10 years old!