Alia Bhatt’s character Shanaya kissed another guy, Abhimanyu, while she was in a relationship with Rohan in ‘Student of the Year’. In ‘Highway’, Veera refuses to go back to her family and is rather glad to have been abducted. In ‘Badrinath Ki Dulhania’, she is the quintessential modern, career-oriented woman. In ‘2 States’, Ananya is fierce, unapologetic, and real. In her latest ‘Darlings’, Badrunissa takes it upon herself to punish her husband for the domestic abuse he meted on to her. 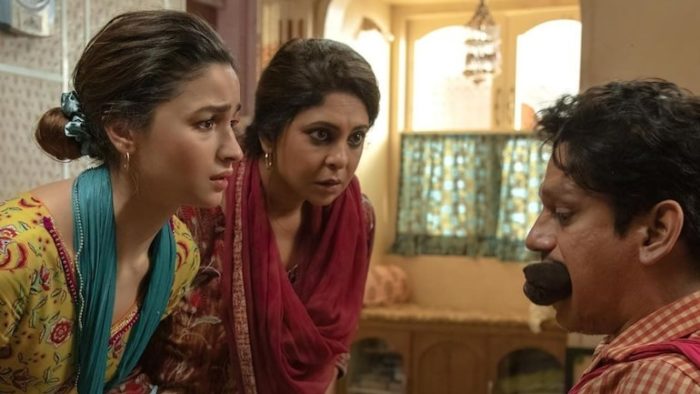 Most of Alia Bhatt’s characters that she’s played for over a decade are ‘flawed’. They aren’t the stereotypical ‘respectable’ Indian women. They are bold, strong, powerful and impactful. And in 2022, that’s been a great year for Alia with respect to her career and personal life, it can be said that she is one of the most impactful actors in mainstream Bollywood. Hence, it is only justified that she’s bestowed with the prestigious TIME100 Impact Award. In her acceptance speech, Alia spoke about her many flaws and her many strengths, and how she feels that the former makes a person who they are.

Here’s a look at her speech:

“Honestly to be awarded here tonight, amongst some of the finest people in the world, feels wonderfully overwhelming. I feel a tiny bit of pressure, pressure to say something intelligent and be good and really make an impact. I have been thinking a lot about what it means to make an impact and I’ve been wondering whether, when I started out, I did so with the intention of making an impact. And the answer is, yes.”

She spoke about how when she started working, she wanted to be perfect and wanted the world to know who she was.

“I mean, I think 10 years ago when I started working, all I thought about was how I would one day take over the world. How everyone, everywhere would know who I am and how hardworking and talented and intelligent and bright and flawless I am. I wanted to be perfect and I wanted the world to know it!”

But today, she realizes that perfection is boring.

“Ten years later. I’m receiving one of the most prestigious awards on this global platform. And I have no idea how I got here or what I’ve done to deserve this. But, what I do know is: If it falls to me in any way to lead by example, be a role model or make any kind of impact, I want to do it in as human and as flawed a way as possible. Because, after all these years, the thing I’ve realized is: It’s the flaws that make you. Perfection is boring.”

Talking about her flaws, how she is poor at spelling or has no sense of direction, she also highlighted her strengths – her regard for various cultures and emotional intelligence.

“So, tonight, I want to take a moment with you all to celebrate my flaws along with my strengths. For example, I’m terrible at spelling. Like, really bad. But I do know what to say to someone who’s vulnerable. I have no sense of geography. Zero. I do not get directions. But I have a deep sense of respect and regard for different cultures. My general knowledge is widely known to be weak. But my emotional intelligence is something that I’ve worked really hard to cultivate. I have a tendency to be hard on myself with regards to my weight and my appearance. But I never say no to a french fry because, you know, YOLO.”

Being yourself is the greatest impact you could make, she says.

“Through my movies and my characters, I’ve tried to celebrate flawed people. Because at the end of the day, it’s the imperfections that make a character compelling. So what I’m trying to say is that being yourself is truly the greatest impact that you could make. In the movies and in life, you do not have to be perfect; you just have to bring everything you have—the lows, the highs and the real things we are actually afraid of speaking about. There’s no greater impact than being yourself.”

Apparently, her baby kept kicking her throughout her speech!

“When it comes to making an impact, I hope I can continue to do so in whatever way possible. But for now, tonight, this award has genuinely made an impact on me—me and my little one, who has relentlessly kicked me throughout this speech. Thank you so much.”

Here’s a video of her acceptance speech:

Kudos to Alia for receiving such a prestigious recognition!