When the trailer for Laal Singh Chaddha was released, people couldn’t help but cringe at the age gap between Aamir Khan and Mona Singh. Singh, who is 41 years old plays the role of Laal’s mother. Laal, is played by 57-year-old Aamir. Hence, this aspect of the film faced massive backlash.

The argument that was put forth is that the more younger female actors are starred opposite older male actors in such roles, like in Mona Singh’s case, the more will ageism be promoted in the Hindi film industry. Earlier, Shefali Shah spoke about playing Akshay Kumar’s mother in ‘Waqt’ when she was 28 years old and Akshay was 38. 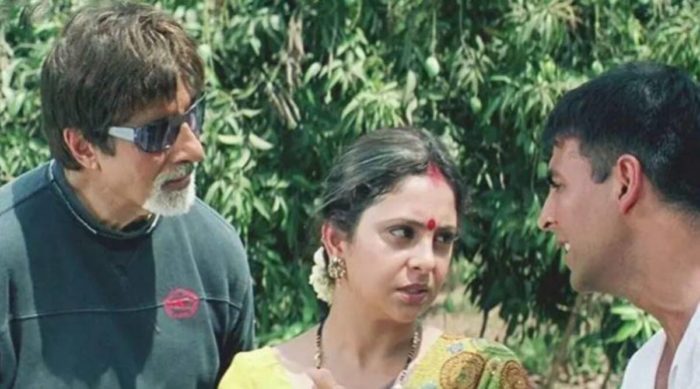 Way younger female actors playing the romantic interests of male actors in films has always been a problem. Sara Ali Khan alongside Akshay Kumar, Deepika Padukone alongside Shahrukh Khan, etc. Much younger actors also play roles of older people in films, like the casting in Saand Ki Aankh. But what’s problematic is that actors justify this trend and call it “acting”, when age-appropriate casting can be done instead. Aamir Khan too defended Mona Singh playing the role of his mother in Laal Singh Chaddha.

The Indian Express quoted him saying:

“I want to ask you a question that as an actor, as a creative person, if I’m looking 103, which I’m supposed to, why is my age inappropriate to play the role? Just because I am 57. What is the logic? Age specific kya hota hai actor ke liye? Actor ka toh yeh kamaal hota hai ke woh kuch bhi age ka ho aur kuch bhi age lage. (What is age-specific for an actor? An actor can play characters who are not their age and that is the beauty of it)“

Addressing the backlash that the film faced for casting Mona Singh as the mother, Aamir went on to add:

Do you agree with what he has to say?