Home Food For Thought 75-Y0 Woman Learns Driving So She Can Get Licensed & Drive Her...

People at the age of 75 often take a back seat from their responsibilities and enjoy life with their friends and family. But this isn’t the case with this great grandmother from Western Australia who decided to complete her unfinished business. At the ripe age of 75, she learnt to drive.

Winnie Sampie who lives in Port Hedland in the Pilbara region of Western Australia obtained her provisional licence despite people telling her that it’s too late. Winnie decided to learn driving so that she can take her older sister to the doctor. 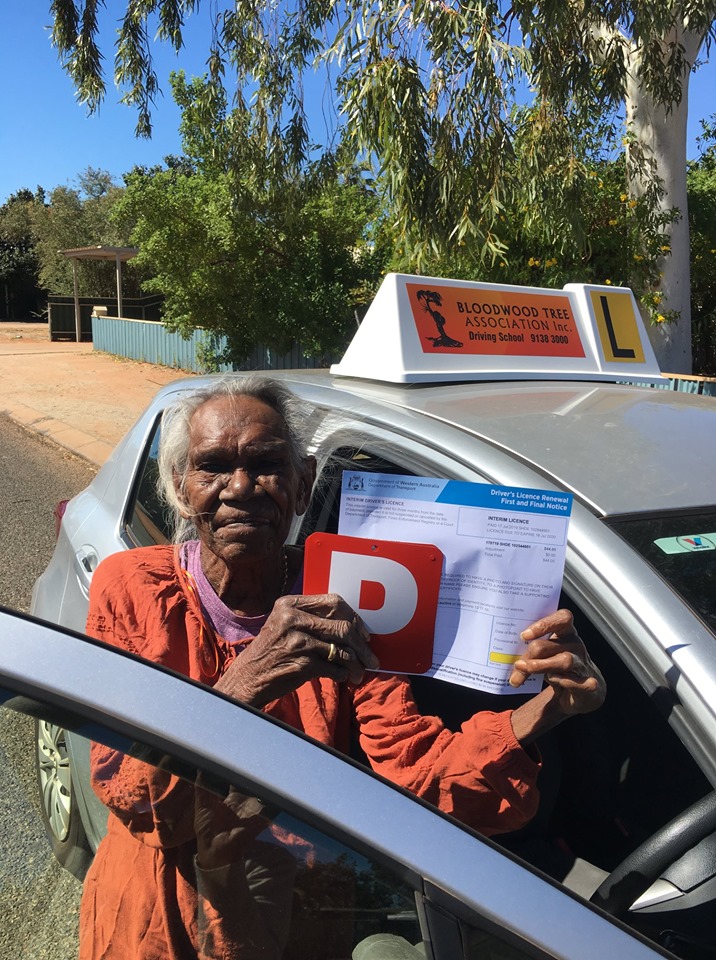 The 75-year-old reportedly had learned driving years ago when she was younger but never bothered to get her licence and would walk everywhere instead. However, after she was diagnosed with arthritis, she owned a mobility scooter to get around.

“I was planning on getting it for a long, long time but I know everybody thought I left it too late.”

Although she was mobile on her scooter, it reminded her of how she always wanted to get her driving licence. Which is when a local not-for-profit organisation, assisted Winnie to get her ‘Learner Permit’.

Bloodwood Tree was really proud to have assisted Winnie to obtain her drivers licence recently.Now with her drivers…

“She had a Learner’s permit and she did go to other driving schools, but it gets expensive. A lot of the time, Winnie said she had to stop having lessons. There were big breaks in between. She couldn’t afford it. She’s on a pension.”

Winnie who isn’t familiar with a computer at all still managed to pass the computer test on the first go.“I’m so proud of myself for achieving that. It took me a long time but I got it.”

She didn’t let any age barrier curb her driving ambition. Her determination to achieve what she always wanted to makes her an inspiration. Now with a license in hand, she aims at owning a car. She hopes to get one by selling her artwork by displaying it at a local gallery.

Way to go, Winnie. It’s clearly never too late to work on fulfilling your dreams!