Presenting a list of the most loved fictional characters from Indian television, comics and brands.

Chacha Chaudhary and Sabu are the ultimate combination of brain and brawn. While “Chacha Caudhary ka dimaag computer se bhi tez chalta hai”, Sabu’s height and muscles can put a beefed up John Abraham to shame.

Shaktimaan is India’s answer to Western superheros. How can a middle aged man, devoid of any masks or capes (and muscles), donning a velvet winter suit with innumerable superpowers ever go wrong.  Sorry Shaktimaan. 😛

One of Tinkle’s most loved characters, Suppandi’s adventures never cease to amuse us. We can safely claim that in Indian Suppandi is more famous than Rahul Gandhi. Or is it?

Every Indian can relate to Mussadi Lal in some way or the other. Pankaj Kapur’s portrayal of a distressed common man ill-treated by corrupt officials is a winner.

The iconic character of ‘The Common Man’ came to life in the year 1951 to portray the hopes, aspirations, troubles and success of the common Indian. Created by author and cartoonist R.K. Laxman.

At 6 ft 2 in, this blue eyed superhero is the longest-running Indian action comic superhero. Every kid gets glued to his charismatic persona, curly hair and green suit. And snakes!

Born to a couple who worked in Jupiter Circus, Super Commando Dhruv is India’s Batman because he doesn’t possess any superpower. But his acrobatic skills, martial arts training and strong willpower make him far superior than Spiderman.

Who says we don’t have an antihero in the Indian comic industry? With his extraordinary physical strength and ability to dodge bullets, he kicks ass of villains such as Kaal Paheliya, Bihari Bhai etc. He can communicate with dogs too. Awesome.

Were you a member of Anu Club? One of the most popular sections of Tinkle comics, Anu Uncle used to make science fun using interesting experiments and tricks. 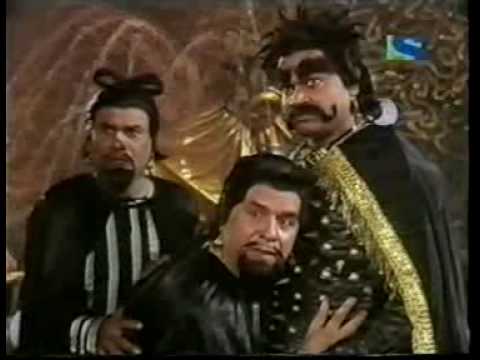 Yakoooo! If you’ve never watched Chandrakanta and don’t know who Kroor Singh is, our condolences are with you. Akhilendra Mishra immortalized the character of Kroor Singh with his evil (or funny) histrionics. And does anyone remember his two sidekicks?

No one solves crime like ACP Pradyuman. Period. He’s the boss to Senior Inspector Abhijeet and Daya, and is the central character in C.I.D, the longest running TV series (16 years as of 2013) in Indian television history. The character has attained a cult status like no other.

India’s answer to Sherlock Holmes and Poirot, Byomkesh Bakshi solved mysteries with his intellect, intuition and sometimes with the help of Ajit.

Who knows that Sam D’silva actually has 7 bullets in his specially designed revolver? While C.I.D. took 16 years to reach its cult status, Tehkikaat left its mark in only 13 episodes.

Thanks to Capt. Vyom, we now know what the world (and solar system) will look like in the year 2220 A.D.

Another detective duo, but this time there’s a monkey. Did you know that Rancho, the monkey has acted in over 50 movies? Now you know!

Tantri and his evil (yet futile) plans of killing Raja Hooja leave readers in splits.

One of the flagship characters of Tinkle comics, Shikari Shambu, was inspired by a character in the famous television drama, I love Lucy.

Keshu darling! A character immortalized by Jatin Kanakia, Keshav Kulkarni was the Srimaan every Srimati wanted. No?

Sarabhai vs Sarabhai is undoubtedly one of the best sitcoms to come out of India and the whole Sarabhai family deserves a mention here. We’re sure you’ll agree.

A henpecked clerk who gets bossed around at the office too, daydreams of how he takes revenge on his boss, his father-in-law and wife. Directed by Prakash Jha.

If only everything in the world was taught by Betaal, this world would have been a happier and safer place. The best part was that each story ended with a moral question answered by King Vikramaditya.

Simpoo is a teacher who believes the solution to all discipline problems is to haath upar kar ke khade ho jaao.  The very likeable Simpoo Sir from Channel[V] 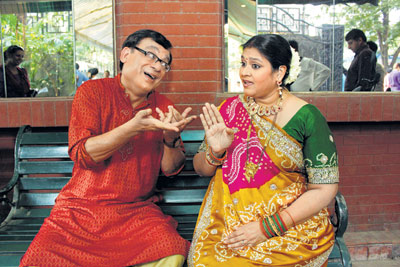 The most comic screen couple on Indian television, Hansa and Praful delighted viewers with their notoriously stupid remarks and action. The English translations by Praful is the icing on the cake. “Mein to thak gayi bhaaisahaab” 😉

Phew! Did we miss out your favorite fictional character? Leave us a comment.