Just when you thought that you cannot survive another day in your cubical taking notes from your boss, we got something that will cheer you up.

It was all smiles and cheer at the China Conservation and Research Center for the Giant Panda when the staff threw a birthday party for eighteen Panda cubs last week. 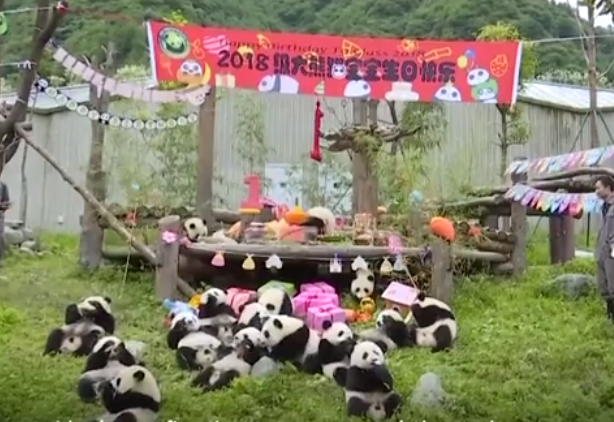 The centre was overloaded with cuteness as the nine male and nine female pandas celebrated their first year of life with ice cakes, toys, decorations and a “car” made of bamboo. 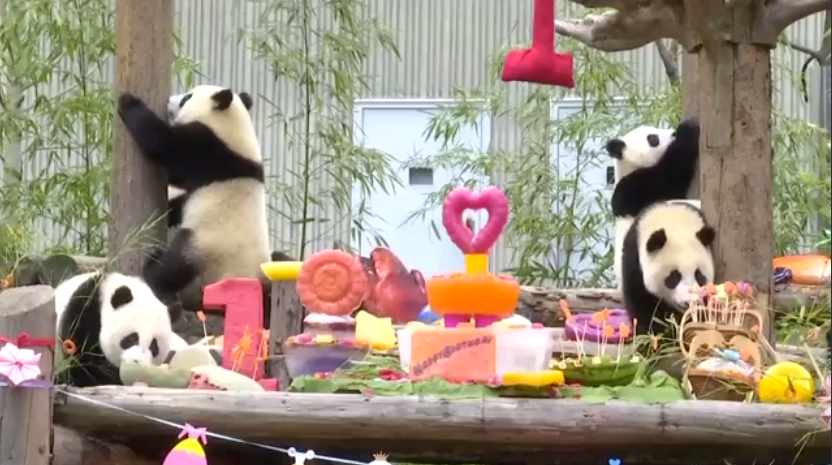 They jogged cheerfully around their pen and fed on bamboo shoots attracting huge crowds to witness them mark the milestone.

The video of the celebrations went viral and it is cuteness overloaded.

Reportedly, the China Conservation and Research Center for the Giant Panda successfully bred 31 giant panda cubs in 2018 as part of an effort to spur growth among the endangered species.

The partying pandas were born between June and September last year. Most of them now live at Shenshuping Panda Base, located in the Wolong National Nature Reserve. 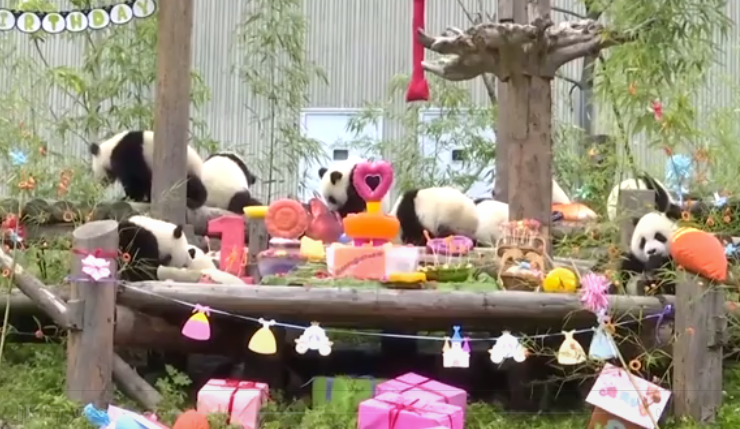 It was all song and dance at the centre and the visitors were overjoyed to witness the rare moment. 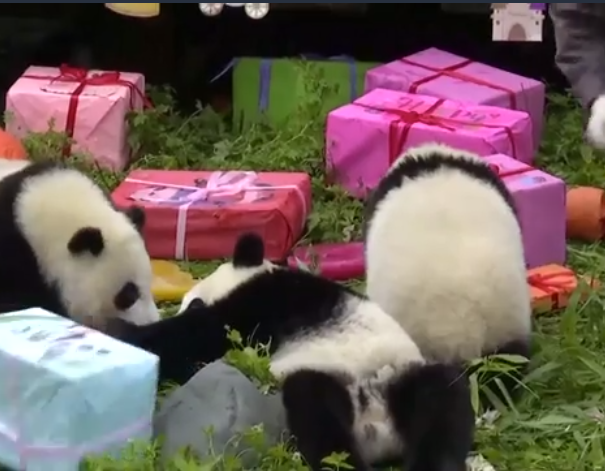 “This is the first time I’ve seen so many pandas in one place together. It’s also my first time to see so many baby panda. I’m very excited and very happy,” a visitor at the research base said. 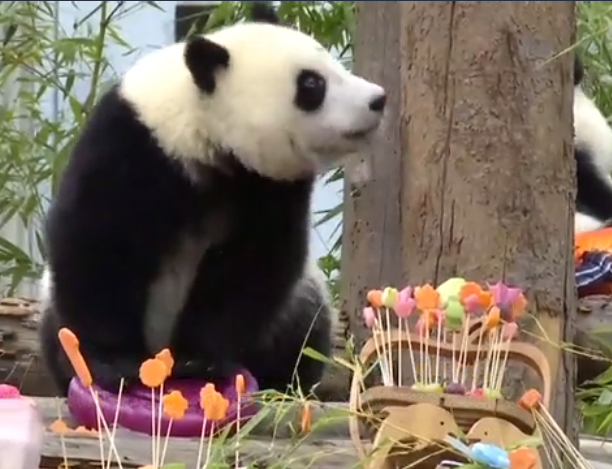 Pandas are my spirit animal. Lazing around in their pen and being fed by dedicated staff without worrying about taking a shower or showing up at the office early in the morning. Heck, I’d even settle for being a part of the staff that works with these adorable furballs!