17 Worst Kinds Of Drivers You Will Encounter Everywhere In India

Bad Driving? More like the essence of Indian roads!!

They slow down their swanky car, roll down their windows, shamelessly spit on the road and drive away. And you just stand there like…

Probably a distant cousin of the spitter, the world is their dumping ground. There might be a chance they only drive to throw away their litter

They are the experienced drivers who reap the fruits of their wickedness by placing an ‘L’ sign on their vehicles so that other people maintains distance from them.

They swish their way through traffic like a badass, probably with their girlfriend in tow. Their over speeding makes you wonder what they are compensating for….if you know what I mean 😉

They are the ones who have a suppressed kind of road rage, where they can’t let anyone pass without abusing them.

They have recently started driving, sit dangerously close to the steering wheel and drive annoyingly slow. You don’t want to be the person who’s stuck behind them.

For some reason these people tend to care more about what’s happening in other people’s auto-rickshaws, cars etc. than driving. They are the commute version of spying aunties.

These drivers define road rage by their nihilistic attitude. They will fight with you just because your vehicle got too close to theirs. They are the reason you get late for work!

They will change lanes, ride on the footpath and steer their way through heavy traffic with their jugaadu techniques.

They act all inexperienced and clueless when driving with the boys

These people just can’t drive in straight lines! They channel their dreamy persona into dangerous driving. They get the ‘aaj marega saala’ dialogue from the abusers all the time.

These people honk in traffic jams and red lights. While it is considered equivalent to shouting in some countries, it’s a classic time pass in India. 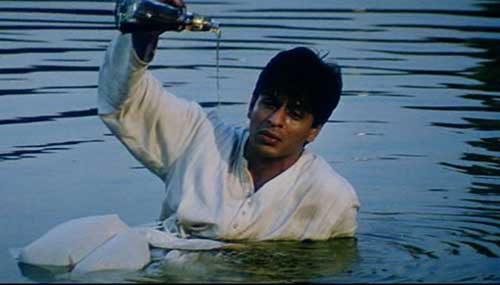 They are found everywhere on weekends. Being illegal as it is, they stop their car in the middle of the road, pee in the bushes and scare not-drunk people with their driving.

The music is always the loudest in their cars. They fulfil their rock band fantasies by air-guitaring in the driver’s seat.

They believe they are efficient drivers; but they’ve a couple of culpable homicide cases waiting just round the corner.

They just don’t know how to park. They will eat-up the parking space of three vehicles, just to park their one. And probably leave a few scratches.

Probably, the worst type of all. That phone call or text can wait.

In a split second, you could ruin your future, injure or kill others, and tear a hole in the hearts of everyone who loves you.