Recently, Indian born Satya Nadella was promoted to the post of CEO of Microsoft. While both traditional and social media are abuzz with debates, consequences, factors, pride and puns, we join the bandwagon with a slightly hypothetical route:

What if, instead of Satya Nadella, ‘aam aadmi’ Arvind Kejriwal was made the CEO of Microsoft?

1. Office Assistant will wear a muffler 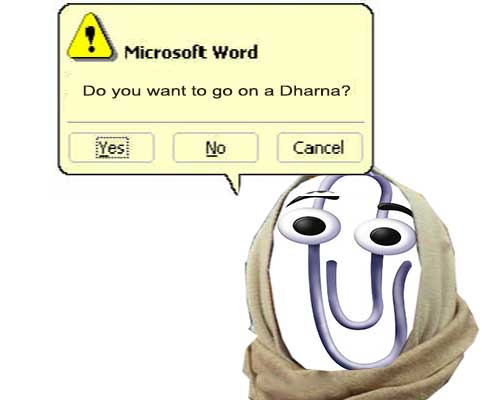 2. Kejriwal will sit on dharnas to protest against Adobe Reader updates that show up everyday

Adobe, if you’re listening, we’re sick of updating Adobe Reader every time we turn on the computer. So we support Kejriwal on this one. “Dharna All Night”

This is simple: if you want to continue browsing, donate first. Or you can buy tickets to our next dharna. 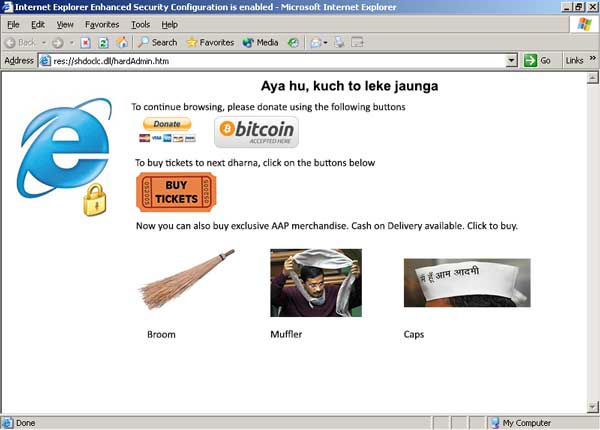 4. Microsoft Antivirus will stop scanning at 40%, coz Kejriwal is a true Engineer. 40 matlab pass.

Every true engineer will appreciate the fact that “40 matlab pass”. Kejriwal is no exception to this universal rule. Even in Delhi elections, he scored a clear 40% (28/70 seats). So there’s no point scanning for viruses after 40%. 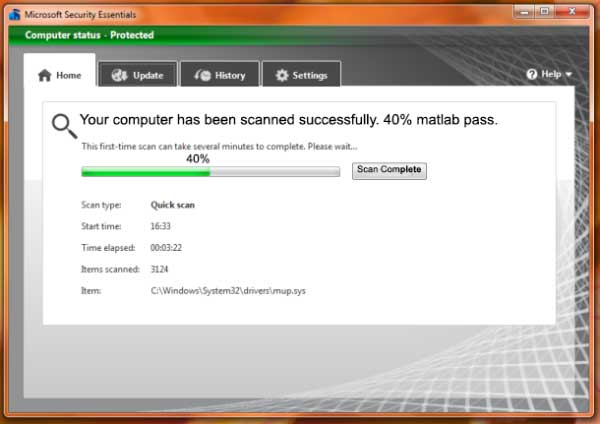 5. Microsoft Logo will be changed

This one is fairly logical. The gaps between the 4 blocks of the logo are meant to hold jhadoos (brooms). Utility over Dikhawa (Appearance). Also Kejriwal is against improper allocation of Real Estate. 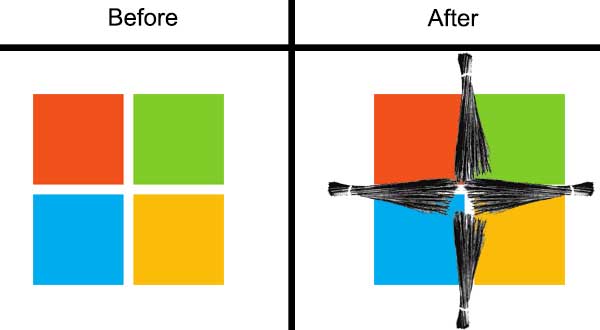 7. He’ll hold World Upgrade Darbars to determine whether to upgrade Windows or not

There’ll be Upgrade Darbars in every mahulla in every city in the world. The consensus of people will be taken before deciding on the upgrade decision. Yes, coz it’s so feasible. Power to the people. 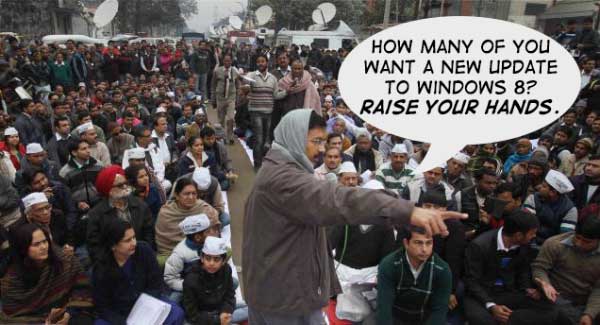 8. Somnath Bharti will be appointed the Head of Support Team. He’ll crash into your home without invitation and fix your PC.

Somnath Bharti is a workaholic. His only prerogative in life is to make sure your Windows don’t crash and it runs smoothly. He’ll go to any length to protect you. (Psst. He might even intrude your privacy. But it’s for your own good pagle) 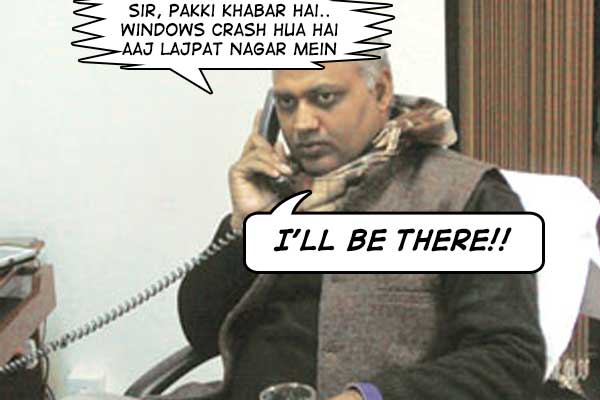 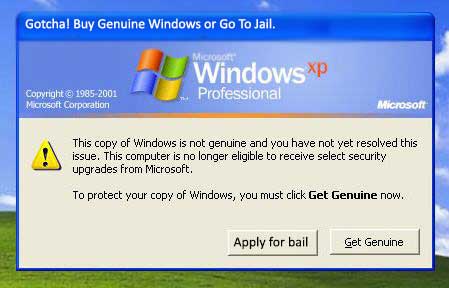 10. Skype will be renamed as AAP Connect

Kejriwal’s feet are on the ground(“Zameen”-Pe), so he can’t tolerate a name like “Sky”- Pe. So it’ll be renamed to AAP Connect.

(p.s. The AAP Connect video has been removed from YouTube for reasons unknown) 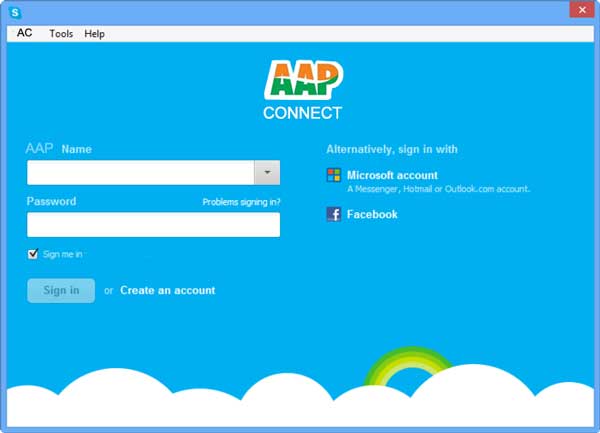 11. You’ll get a free muffler to keep your PC safe

Instead of Antivirus, you’ll get a muffler. Don’t ask why. 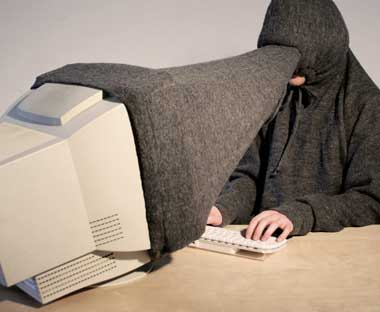 12. User will have to file RTI to know cricket scores

Kejriwal is so honest that he is paranoid about believing anything the media claims. So Windows will have an inbuilt feature to file an RTI to know cricket scores. Ingenious! 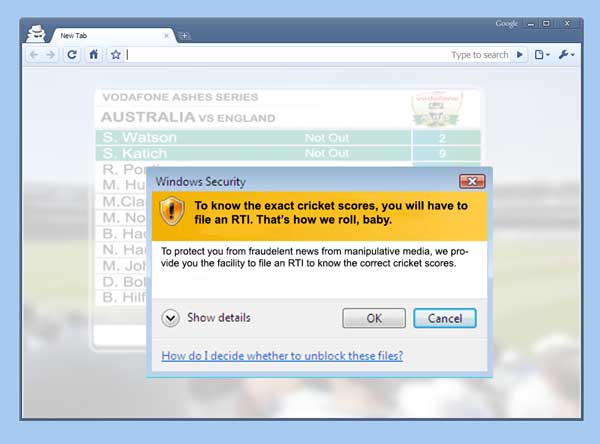 Transparency will be strictly imposed. It means that all your private online activities will be made public. Along with your passport details. Jee haan.

14. Windows will come only in one ‘common’ version: Windows Mango

Everyone should be treated equal. ‘Nuff said. 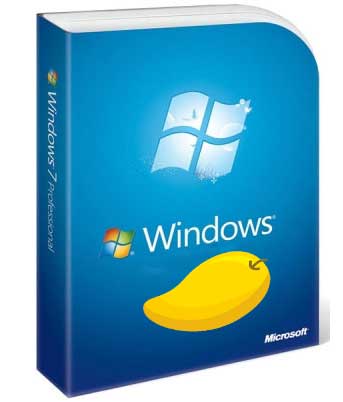 15. MS PowerPoint will be renamed as MS WeakPoint, coz ‘Power’ CORRUPTS

Everything related to power and enterprise culture won’t be tolerated. Power corrupts, so MS WeakPoint. 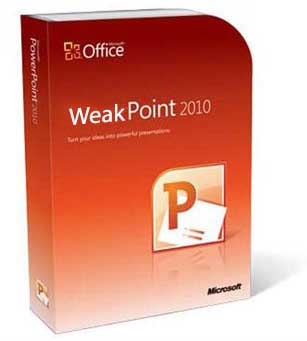 What other consequences would there be? Share your crazy ideas in the comments section below.